As I have noticed, also with three flags there comes a system with some invisible barriers and gatedoors disappearing upon a given flag being captured. That being said, I hope that KingArthur will reveal the missing information, thereby patching the gap in our knowledge of the NeoGK-augmented Native module.

I have found the solution on my own, there is no need for KingArthur to reply to this thread, save for a brief commentary about barrier_16m and door_b and maybe other props and their var_no1 and var_no2 values.

There are primarily two props that disappear upon a given flag being captured: barrier_16m and door_b; I do not know about any other ones besides these. However, it is not known to me about their var_no1 and var_no2 and their values that get triggered when a given flag is captured; since I checked those props in Rochester Castle and Minas Tirith I assume and am not entirely sure that for the door_b prop var_no1=1 enables the vanishing of the prop and var_no2=1 or 2 or 3 force the prop to vanish after the respective checkpoints are passed. For the barrier_16m prop in Rochester Castle its properties went as follows: the var_no1=10 and var_no2=1; same prop with such properties was not found in Minas Tirith. Since on the former map there was only one kind of such prop with same properties, I have not enough data to juxtapose with each other and deduce what var_no1 and var_no2 values of the barrier_16m prop enable. For var_no1=10 I have no idea, var_no2=1 maybe forces the prop to disappear after the respective flag is taken.

If making a large scene for siege, it is useful to use the barrier_8m prop and its properties, so that the attackers do not have to walk endlessly from the original spawn point. One has to place it onto terrain that will be walked on the highest amount of times, in order to ensure that said prop will trigger the closest spawns for the attacking team's members.

A person that passes a given CP gets some bonus gold. The order of CPs goes as follows: 1<2<3, therefore they are still effective after the next one is passed, but not stepped onto, according to a not well-written and grammatically incorrect sentence - that was later rephrased by myself - by a NeoGK documentator or developer. The part of my rephrased sentence that is underlined might be neither true nor apt, but that is because of the bad wording of the person responsible for documenting the NeoGK modification, although I used my reasoning and logic skills to the best of my ability and perhaps I captured the essence of said sentence while using better words.

Can anyone add the list of guides for all the destructible food barrels/chests , VarNo VarNo2 codes for trees you can cut to make passage, and the list of spawning weapons from apples. Lost an old guide blackdeath gave me once but maybe someone got access or experience to share it?

ah thats the one thx

Thanks. It was basically just some searching and copying & pasting (with some editing). Pretty fun, although a bit disappointing since only partially successful. I just wonder why they did not enabled those props in Warband map editor natively. They are all fully textured and majority of them also have physics object. It's a pity. Take that big stone dome-like structure. On one hand, its Outside object is available, but, on the other hand, its exact Inside counterpart is absenting. I heard (not sure if it's true) that the max amount of scene props, which can be initiated, is limited; so, maybe, they just wanted to save some spots for props potentially added by other mods subsequentlyâ€¦ 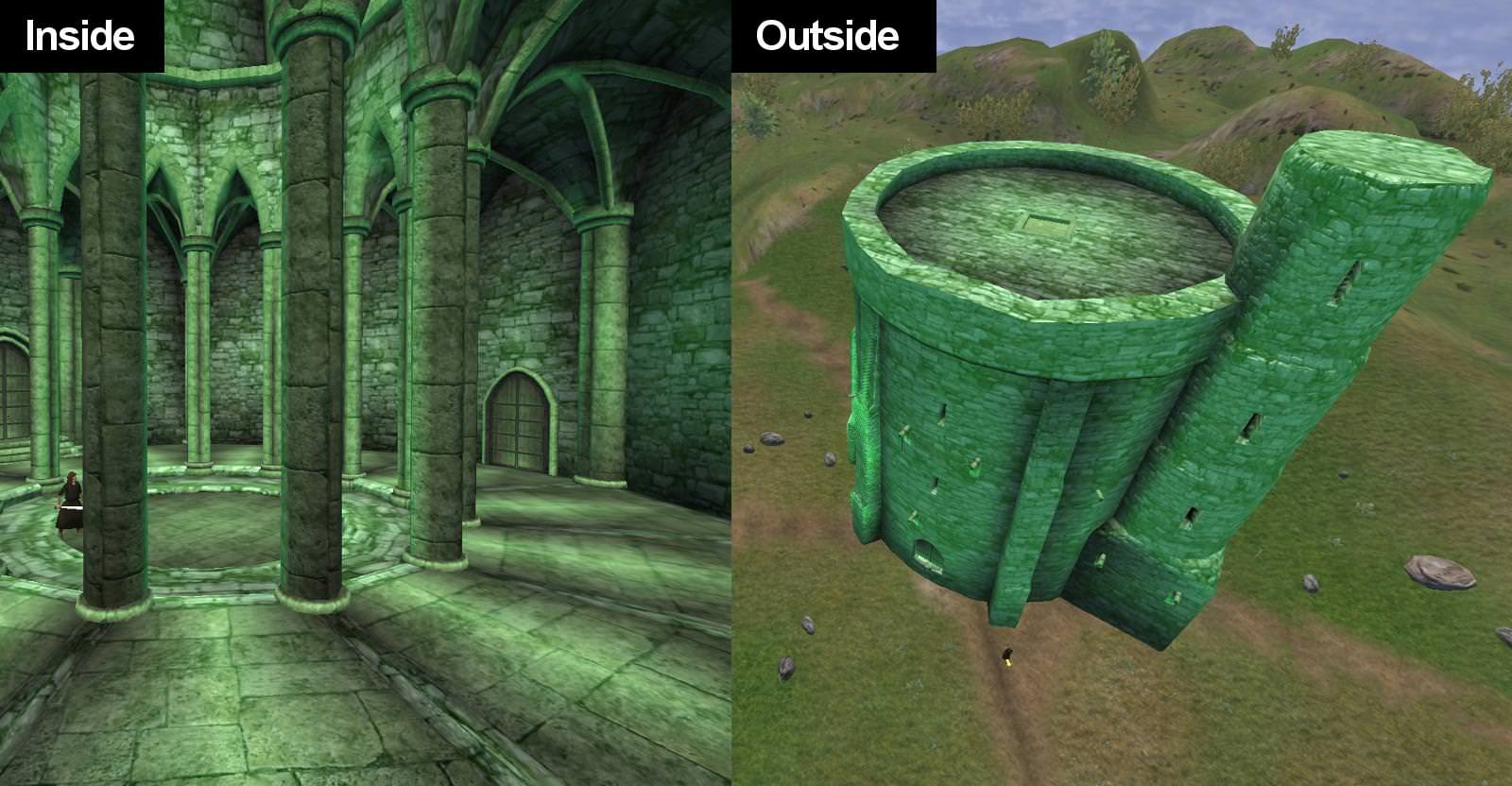 Anyway, if someone has an idea about that native-compatibility fix, please write your suggestion. And if anyone is interested, I can share the compiled scene props list so you can test it by yourself (if that would be allowed eventually). Also, if anyone has ArmaÄźan's e-mail, so we can contact TW directly, and ask them to patch the native-compatibility in 1.174 version, that would be nice too

Those building interiors are not actual â€śscene propsâ€ť. They are some models from the resource files.

mesh.PNG   104.82KB   0 downloads
â€śmeshâ€ť shows us the shape of model, but â€ścollisionâ€ť gives the actual shape. Player can just walk through meshes without collision. Collision is needed to give an actual physical shape but it's not essential since you can give physical shape by barriers too, you can just replace "0" with the collision part. And also not every model has "collision" too, it's for scene props mostly.
Since those are models picked from resource file, we can put any other model from resources; scene props, plants, weapons or even map icons. We can use any of those as our blank mapâ€™s template:

20220422003250_1.jpg   29.37KB   0 downloads
The thing we do here is placing a model from resource files, it doesn't matter if it's an interior or something else.
But those models canâ€™t be moved, rotated or scaled, theyâ€™re not scene props. They will be placed on x,y,z:0 coordinates and we will place the scene props on it.
And if you use a model for map template, there wonâ€™t be any terrain like other interior scenes. And if you want to use those interior models, you will sacrifice existence of terrain.

Oof I was looking forward into making use of one of these, but if that means no ground ehh :[